Here’s an unsettling thought: stress is inescapable. Coming to a sudden halt on the side of a motorway en route to a career-changing interview, or fighting against the clock to clean Nutella off a toddler’s bridesmaid dress an hour before your sister’s wedding is never going to be pleasant.

But life’s pressures are not always negative. While intense, prolonged, stress undeniably raises the risk of serious health problems, world-leading neuroscientist Professor Ian Robertson argues in his latest book, The Stress Test, that life’s pressures can in fact help us to flourish, with the help of the body’s complex chemical processes. Stress can help to motivate us, and even strengthen the brain.

Peter Clough, professor of psychology at Manchester Metropolitan University, agrees, and says that we have become “stress-phobic” as a society, by inextricably connecting it to anxiety. In reality, most of us seek out more pressurised lives – chasing pay rises, promotions, and raising families – to reap the emotional benefits of satisfaction.

Launching his discussion with the words of German philosopher Friedrich Nietzche – “that which does not kill us makes us stronger” – Robertson, professor of psychology at Trinity College Dublin, unpicks why some of us struggle to cope with stressful situations that others appear to withstand with relative ease. This is partly down to our physical, neurological and environmental differences, which change what pushes our buttons. Some find repetitive tasks too much to bear, while others balk at strict deadlines and large workloads. In the end, stress itself is not the issue, but how we deal with it.

In The Stress Test, Professor Robertson extinguishes the idea that our brains are “hard wired” from birth, and instead suggests that our thoughts and emotional experiences reshape the organ by turning genes on and off.

“We have between our ears the most complex entity in the known universe and the amazing fact about it is that our brains can self-programme. We have the ability to change not only the functioning of our brains, but the very chemistry and structure of them by the way we use them,” he says.

Inside our brains are two competing mechanisms. The “approach” system on the left front part encourages us to seek rewards and triggers the release of anxiety-tackling dopamine. The “avoidance” area at the right front part of the brain meanwhile avoids punishment, prompting the release of noradrenaline, which is linked to the “fight or flight” response. Balancing the two creates the perfect cocktail of chemicals to transform stress from debilitating into brain-boosting, with those who are most in control of their emotions best equipped to exploit this.

Research shows, for example, that the stress caused by plunging your hand into ice-cold water can help with remembering a list of words, thanks to the release of cortisol and noradrenaline.

“The first step is that you have to believe that you have control,” says Professor Roberston, citing the “fixed” and “growth” mind-set concept pioneered by Stanford psychologist Carol Dweck. Those with a fixed mindset, for example, view their skills rigidly while those who allow themselves to repeatedly practise and fail until they improve can cultivate a range of talents.

Demonstrating control over your thoughts – even for a few seconds – is the second step. With perserverance, this can gradually extend for minutes, hours, days, and years. 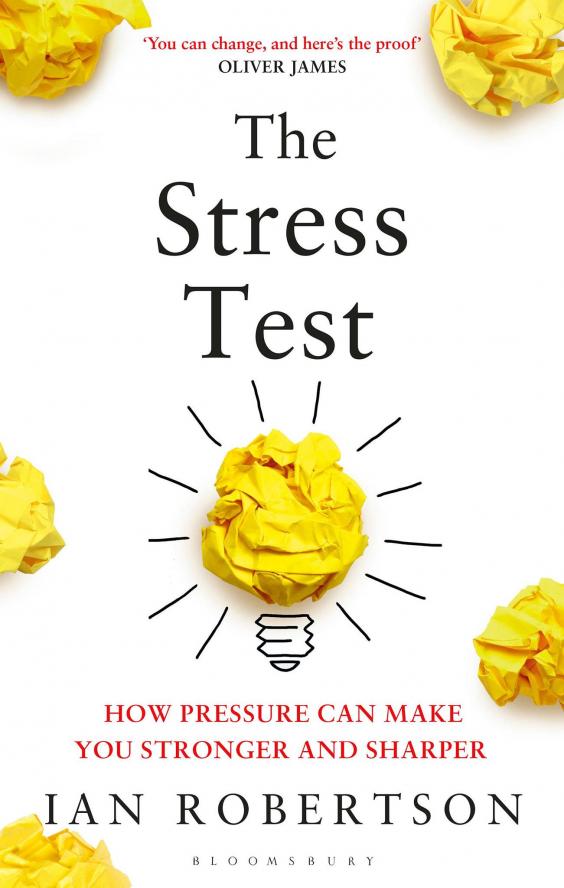 This all seems rather abstract. But Professor Robertson is emphatic that there are countless methods and techniques individuals can use to address their stress. Some, like cognitive behaviour therapy (CBT), are relatively new, while others, such as meditation and mindfulness, have been practised for centuries. A recent study showed that, like CBT, diligently practising meditaton can help to positively re-structure the brain.

For others, allotting “worry time” in their schedule can block racing thoughts from disturbing our days, suggests Professor Robertson.

Changing one’s attitude towards pressures is also important. A 2007 study at Harvard found that chambermaids who regarded their work in hotels as exercise were able to lose weight and experience a drop in blood pressure.

Professor Clough, meanwhile, simply suggests treating yourself as you would your best friend: “If your best friend does something wrong, you pick them up, you’re realistic, but you don’t give them a beating. You say ‘oops that wasn’t your best moment, but…’ If we aren’t our own best friends then we struggle in a fairly demanding world.”It’s not just all in the mind, either. Adopting a ‘power stance’ –with your body outstretched – before a nerve-wracking situation, or squeezing a stress ball in the right hand can temporarily boost mood and confidence.

But this attitude towards stress could easily be exploited at a time when it is easier than ever for our jobs to bleed into our personal lives. Should burnt-out employees quit complaining and just toughen up?

Professor Robertson is adamant that this is not the intention of his book, and warns against the breakdown of the working week and the pollution of private time by work.

“Any ideas can be abused by unscrupulous people and this one is no different. Moderate stress can be beneficial, severe stress not. Most people with mental illness suffer extreme stress and ‘just getting over it’ is not and should not be an option.” 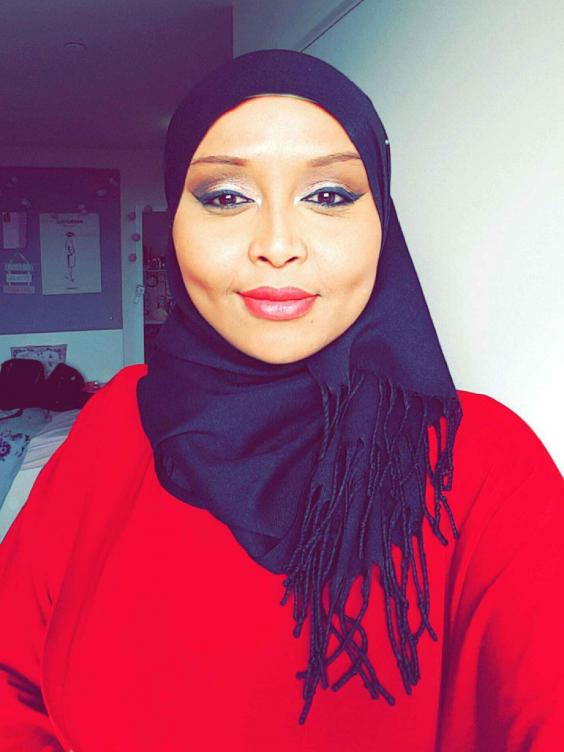 Khadija Abdelhamid struggled to cope with stress as a teenager (Abdelhamid)

Khadija Abdelhamid, a public speaker and entrepreneur from Wembley, London, knows firsthand that “snapping out of it” is not possible. Now 25, stress debilitated her teen years, exacerbated her depression and cast her into a cycle of panic attacks.

However, she agrees that Professor Roberston’s approach is the right one, and she copes by listening to calming music, using tips learned from her therapist, and piecing apart her problems when she feels relaxed.

“I felt like I lived in a box where I always cared about how everyone perceived me, but I never pointed the finger and looked at me and what I am doing for myself instead,” she says.

Professor Clough concurs, and believes that Professor Robertson’s findings should encourage bosses to cater jobs to employees, rather than load them with more work.

“Throwing people in the deep end and putting them under pressure just isn’t sensible or effective, it’s destructive,” he says, adding that stepping out of your comfort zone is important, but that it should be done sensibly, carefully, and gradually.

Perhaps “that which does not kill us makes us stronger” is a little extreme, but Professor Robertson’s message is clear. “Everyone can learn to control their emotions – not completely, not always – but everyone, absolutely everyone, can learn to do this better.”

The Stress Test by Professor Ian Robertson is out now.